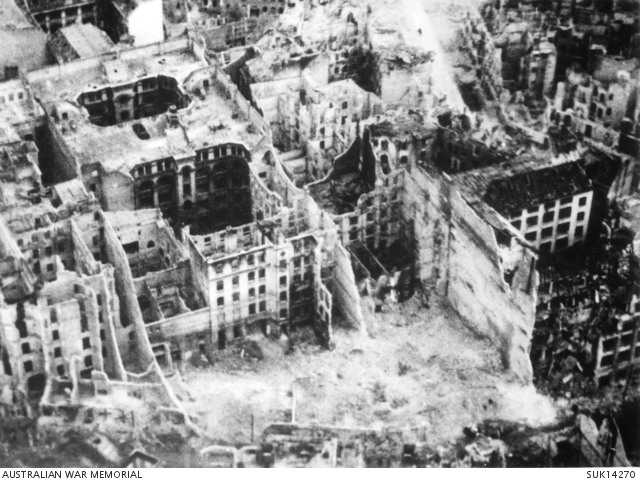 Berlin, Germany. C. 1945-05. The first official RAF aerial photographs of Berlin since its fall. They were taken by a low-flying Mosquito aircraft of the RAF Film Production Unit and provide striking evidence of the devastation in the heart of the German capital. The badly damaged area between Friedrich Hain and Lichtenberg.