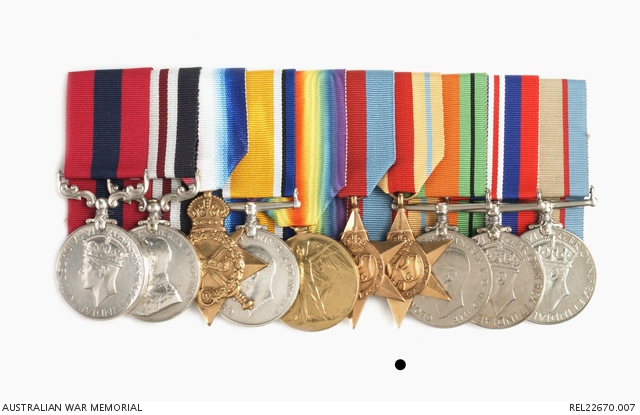 Henry Killalea was born in Exton, Tasmania, probably in 1896, and was an eighteen year old labourer when he enlisted in the AIF on 12 September 1914. He joined the 3rd Light Horse Regiment (LHR) which was composed of South Australians and Tasmanians. After initial training in Hobart and in Egypt Killalea and 3LHR were deployed to Gallipoli from 12 May 1915.

After four months Killalea succumbed to enteritis and dysentery and had to be evacuated to England to recover. He rejoined his unit in Egypt in late January 1916 and from then until May was deployed to protect the Nile valley from bands of pro-Turkish Senussi Arabs. On 18 May, as part of the 1st Light Horse Brigade, 3 LHR joined the forces defending the Suez Canal.

Killalea became ill with gastroenteritis and pyrexia in mid June. After five days in hospital he had returned to his unit only to be bitten by a dog which resulted in a septic hand. He arrived back to his unit on 3 August, in time to take part in the Battle of Romani the following day in which the Turks were stopped in their advance to the Suez Canal.

From mid June to the end September 1917 Killalea attended Lewis and Hotchkiss machine gun courses in Egypt and both times qualified as a first class gunner. He was also promoted to lance corporal. At the Battle of Beersheba on 31 October 1917 Killalea was awarded the Military Medal. The citation for the award reads: 'For conspicuous personal gallantry and skill in handling his Hotchkiss Gun'. Killalea was wounded in the hand in this action and was invalided back to Australia were he arrived at the end of January 1918. He was discharged medically unfit on 25 May 1918. He lived most of the inter-war period in Victoria. A talented athlete, he competed in several Stawell Gift race meetings.

Killialea was a cable jointer (plumber) when the Second World War broke out and he enlisted for his second war on 5 June 1940, claiming to have been born on 22 July 1900. He was first posted to 7 Divisional Signals then he was transferred to the Australian Corps of Signals on the 12 June. Two weeks later he was promoted to corporal and in early October embarked for Egypt. He was promoted to lance sergeant there on 26 December 1940.

On 18 April 1941 Killalea and his unit joined the Allied forces opposing the invasion of Greece by the German army. He was awarded the Distinguished Conduct Medal (DCM) for his actions two days later at a railway siding near Levadia, Greece, when, together with a New Zealand soldier, he drove a locomotive without any knowledge of its mechanism, and saved 28 trucks of petrol and ammunition by shunting them down the line away from three burning trains in which ammunition was exploding. He then loaded petrol on to a supply vehicle and saved an ammunition dump near the blazing trains.

Killalea was subsequently safely evacuated from Greece in the face of the German advance and was posted to signals training units in both the Middle East and Australia while being promoted to full sergeant. He was discharged from the army in late 1943.