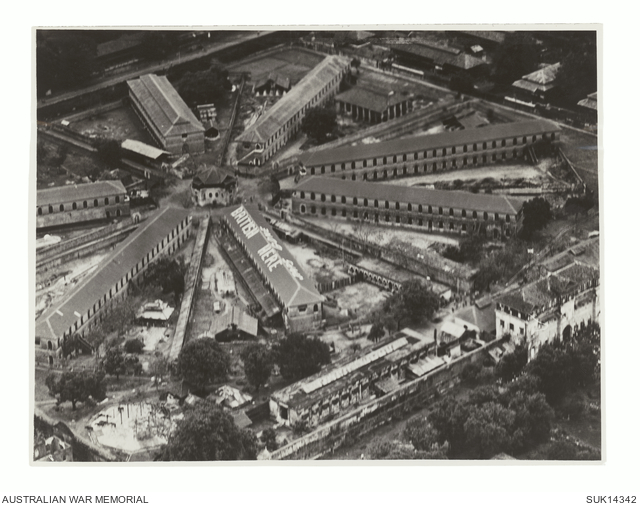 Rangoon, Burma. C. 1945-05. Aerial photograph of Rangoon after its capture. Australians featured prominently in operations in every type of aircraft and were in at the kill. "British Here" read a sign on a roof of Rangoon jail in which the Japanese had held Allied prisoners. The prisoners painted the sign as guidance for Allied aircraft flying over the city just before it was entered.