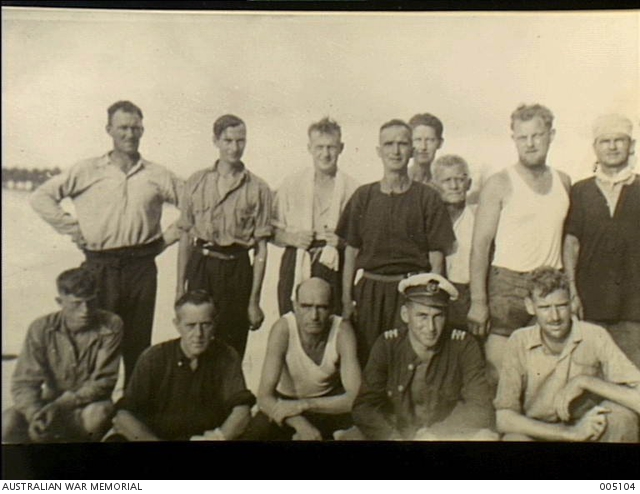 Survivors, passengers and crew from the British vessels Rangitane, Komata, Triaster, Triadic, Triona and Holmwood and the Norwegian vessel Vinni, were rescued by the Australian steamer Nellore from the small Island of Emirau, in the Bismarck Archipelago, where they were landed by a German raider. Shown here are a group of thirteen of the 496 survivors. Identified in the front row, first left is Ordinary Seaman (OS) Stuart Charles Waterhouse, born in Christchurch, New Zealand in 1920 engaged on 3 January 1942 with the Merchant Navy. Last engagement was 2 May 1942 on FIONA