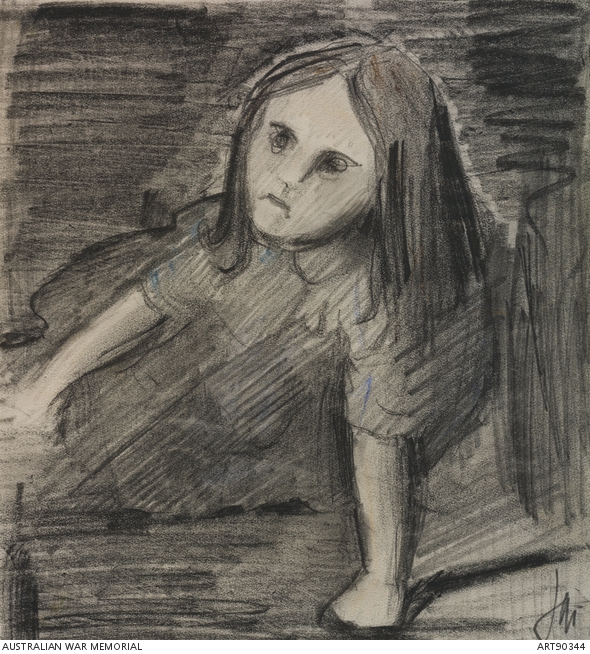 The Janowska Concentration Camp in Poland was established in 1941 as a forced labour camp for Jewish people and a minority of non-Jewish criminals from the city of Lvov. No children under 12 years old survived the war at Janowska. The twisted, awkward seated position of the young girl in this sketch is a haunting reminder of Slawik's own daughter, who had been left with a Catholic family in Poland when she was 6 months old.