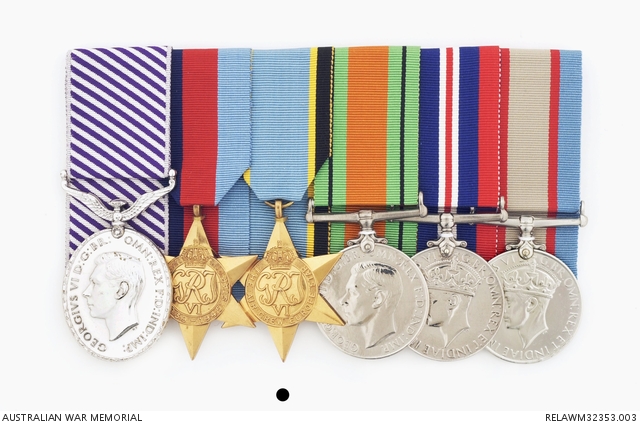 411381 Flight Sergeant James Darcy William Renno, RAAF, served in 100 Squadron, RAF (Lancasters). Born in Sydney in 1918, he joined the RAAF from Grafton, NSW, and trained in Australia and Canada as a Wireless/Air Gunner befor transferring to the RAF in England. He was awarded the Distinguished Flying Medal in May 1943 for the courage he displayed during an attack on Bochum, Germany, in which he was wounded. After recovering from his wounds Renno returned to 100 Squadron and on the night of 2/3 August took part in a raid on Hamburg. The 740 bombers taking part encountered a severe thunderstorm and many were forced to turn back. Renno's aircraft failed to return to base. His father wrote, in the 1950s, 'We lost our Only Son in the last war...I wanted to know if you could arrange to have [his medals] in the War Memorial...He was the last of the name and it will die out now. I am asking for his sake and Sacrifice.'