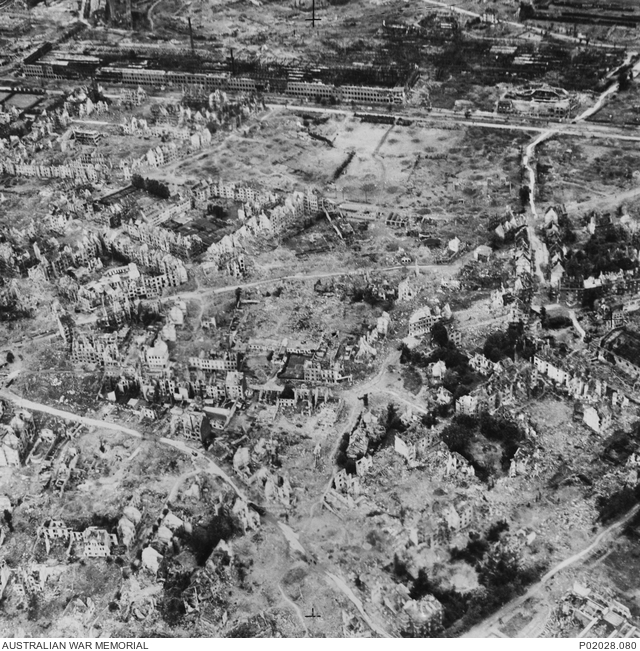 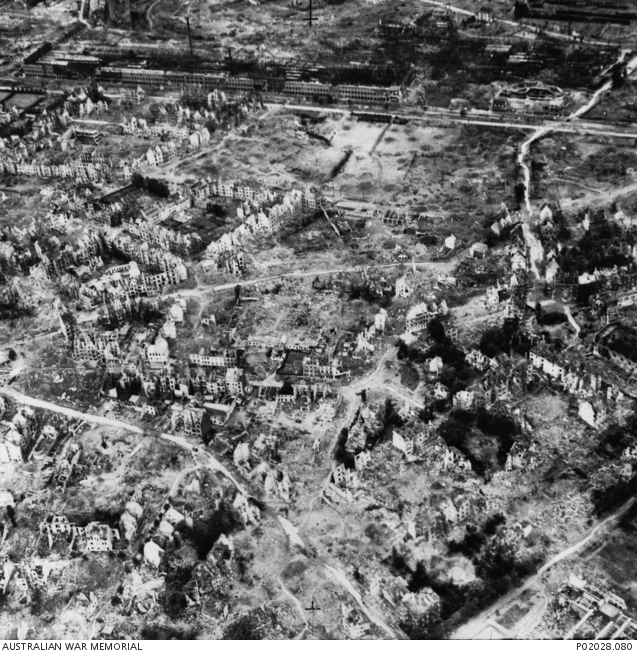 Essen, Germany. c. 1943. Aerial photograph of the city showing ruins and damage after intense bombing by allied air forces in April, May and June 1943. The Krupp ironworks was the centre of an air attack on the night of 5/6 March 1943 in which Numbers 460, 466 and 467 RAAF Squadrons were involved. (Original glass negative housed in the AWM Archive Store).