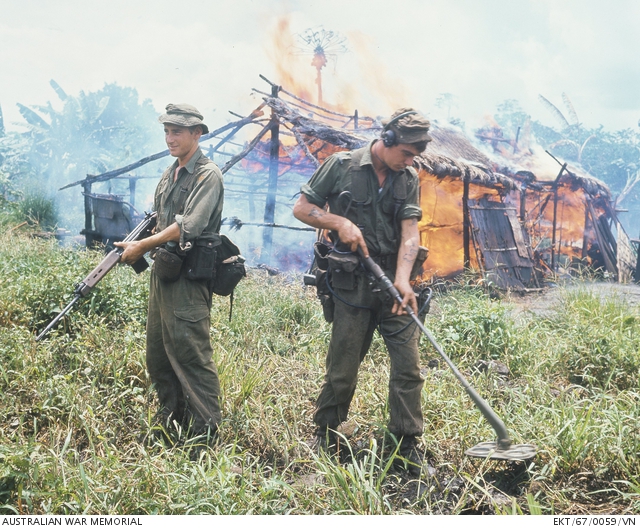 Xa Bang, South Vietnam. September 1967. Sapper (Spr) Les Carruthers of Five Dock, NSW, uses a mine detector to search for booby traps that may have been left by the Viet Cong (VC) at the village. Spr John Todd of Williamstown, Vic, stands guard. The villagers were evacuated to an 'instant village' built by Australian troops near the 1st Australian Task Force (1ATF) base, before the old VC dominated village was destroyed during Operation Ainslie.