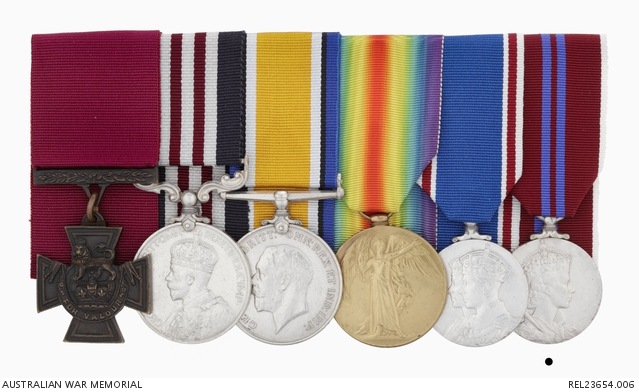 506 Percy Clyde Statton was born in Beaconsfield, Tasmania on 19 October 1890. The son of Edward and Maggie Lavinia (nee Hoskins) Statton, he was educated at Zeehan State School before becoming a farmer at Tyenna prior to the outbreak of the First World War. On 12 September 1907 he married Elsie May Pearce, giving his age as 21.

Statton enlisted in the AIF on 1 March 1916 and was posted as a private to A Company, 40 Battalion. He was promoted to lance corporal on 22 May. The battalion embarked on HMAT A35 Berrima at Hobart on 1 July 1916, arriving at Devonport, England on 22 August. He was promoted to corporal on 19 November and the battalion moved to France four days later, arriving at the Armentieres sector on 2 December. The following month, Statton was promoted to acting sergeant, the rank being confirmed on 23 April 1917. For his actions while supervising a carrying unit during the Battle of Messines in June he was awarded the Military Medal.

On 12 October, during the First Battle of Passchendaele (one of eight major assaults making up the Third Battle of Ypres), Statton received a gunshot wound to the right shoulder. He was evacuated to England for hospitalisation and did not rejoin his unit again until May 1918. On 10 June he was gassed in fighting near Villers-Bretonneux and taken to a casualty clearing station, returning to his unit on the 24th. During July he was detached for duty with 10 Brigade Headquarters as part of a demonstration platoon, rejoining his unit on the 27th.

For his actions in capturing four enemy machine gun positions near Proyart on 12 August 1918 Statton was awarded the Victoria Cross. The award was presented by King George V at Buckingham Palace on 7 June 1919. He arrived back in Australia on 26 November and discharged from the AIF on 18 January 1920. His marriage to Elsie ended in October in the same year. Following his discharge Statton worked as a labourer before resuming farming at Fitzgerald. On 21 December 1925 he married Eliza Grace Hudson, who died in 1945. He was married again, in 1947, to Monica Kingston and the couple lived at Ouse. During the 1950s he worked for Australian Newsprint Mills.

Percy Clyde Statton died on 5 December 1959 at the Repatriation General Hospital in Hobart. He was cremated with full military honours and his ashes interred at Cornelian Bay Cemetery. Statton was survived by his third wife and a son from his first marriage. His medal group came into the National Collection in 1995.