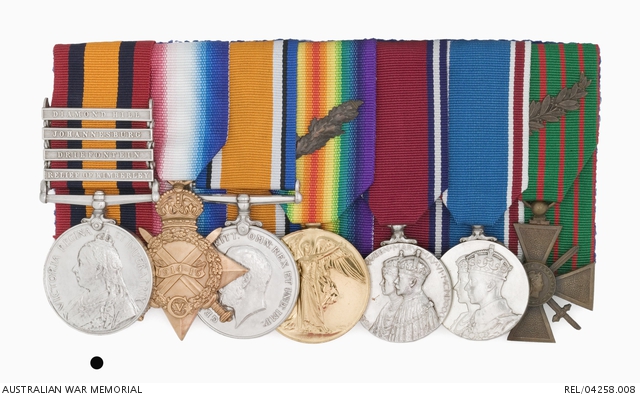 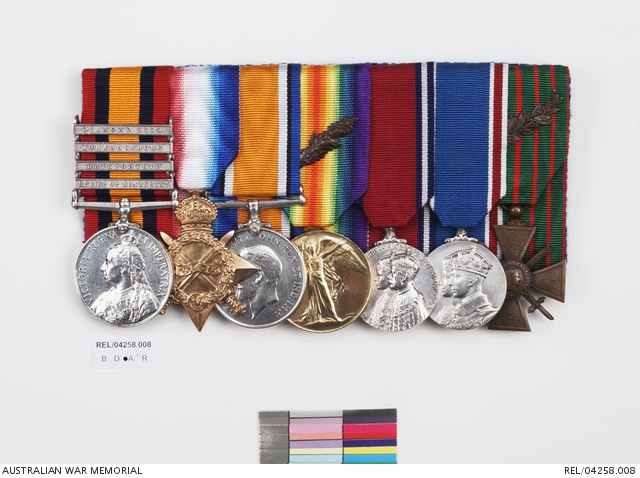 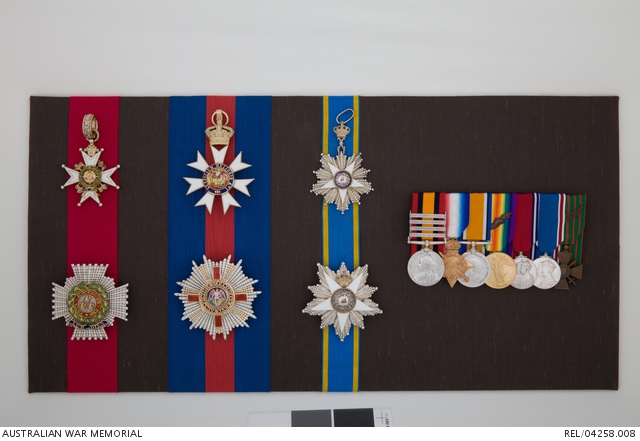 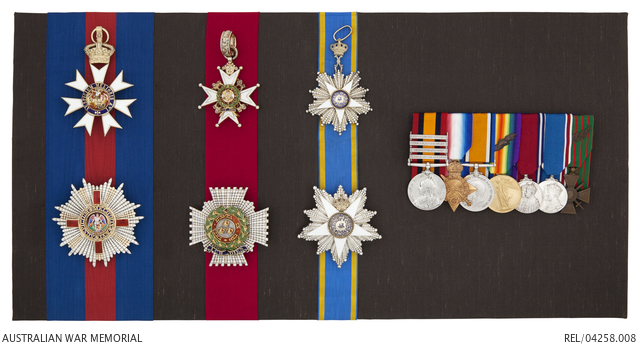 Henry George 'Harry' Chauvel was born in 1865 at Tabulum, New South Wales. His first military training was as a cadet while attending Sydney Grammar School, rising to lance corporal in 1880. He completed his education the following year at the Toowoomba Grammar School in Queensland before working on his parents’ property in northern New South Wales. On 16 March 1886 Chauvel was commissioned into the Upper Clarence Light Horse formed by his father, Major Charles Henry Edward Chauvel, the previous year. When the family moved to Queensland in 1888, he was commissioned into the Queensland Mounted Infantry.

He was managing the family property, Canning Downs South, near Warwick, when in 1896 he joined the state’s permanent military forces as a captain and adjutant to the Morten Regiment. Chauvel was made acting Aide-de-Camp to Lord Carrington, the Governor of Queensland, in 1899 and was later posted as commander of 'A' Company of the 1st Queensland Mounted Infantry for service in South Africa in the Boer War.

Chauvel was promoted to major during the voyage, arriving in Cape Town in December 1899, and appointed adjutant in February 1900. His South African campaigns include Sunnyside, the Relief of Kimberley, Bloemfontein, Vet and Zand Rivers, Johannesburg, Pretoria, and Diamond Hill. For his conduct during the conflict he was Mentioned in Despatches and made Companion of the Order of St Michael and St George.

After returning to Australia in 1901 he re-embarked for South Africa the following year with his first regimental command as temporary lieutenant colonel of the 7th Australian Commonwealth Horse. The contingent returned in August without seeing action when peace was declared while it was en-route.

Over the next decade Chauvel was involved in the organisation of the Commonwealth Permanent Forces and helped establish the compulsory training scheme introduced in 1911. At the outbreak of the First World War, Chauvel, now a colonel, was on his way to London to be Australia’s representative to the Imperial General Staff. After inspecting the training facilities at Salisbury Plains, he voiced his concerns regarding their suitability for the Australians who would arrive in the midst of the British winter.

Eventually Chauvel’s suggestion that the Australian convoy be diverted to Egypt for training instead of Salisbury was adopted. Meanwhile, the commander of the Australian Imperial Force (AIF), Major General Sir William Throsby Bridges, selected Chauvel to command the 1st Light Horse Brigade which he joined in Egypt in December 1914.

The brigade moved to Gallipoli in May 1915 and took over the sector around Pope's, Quinn's and Courtney's Posts. Chauvel’s cool manner under fire left a lasting impression, particularly after his conduct during the bloody fighting around Quinn’s on the 19th and the night of 29 and 30 May. The August offensives proved costly to the brigade and shortly afterward they were withdrawn to a comparatively quieter sector.

Chauvel was twice given temporary divisional commands on Gallipoli before being promoted major general commanding the 1st Australian Division in late 1915. In January 1916, for his services on the peninsula, he was made Companion of the Order of the Bath. Following the re-organisation of the AIF in Egypt, Chauvel, although offered an infantry division soon to be deployed to France, chose to stay in Egypt with the Anzac Mounted Division and by June 1916 was commanding officer of all Australian troops in Egypt, including a squadron of the Australian Flying Corps.

During 1916 and 1917 his division fought with distinction at Romani, Rafa, Magdhaba and Gaza. For 'distinguished services in the field' following the battle of Magdhaba in December 1916, Chauvel was made Knight Commander of the Order of St Michael and St George. In August 1917, he became the first Australian to be given command of a corps and to attain the rank of lieutenant general when he was appointed to the Desert Mounted Corps.

At Beersheba on 31 October 1917, Chauvel ordered the renowned cavalry charge of the 4th Australian Light Horse Brigade which resulted in the capture of the town and its prized water supply. Following the fall of Jerusalem in December, he was made Knight Commander of the Order of the Bath.

Chauvel's successes through the final weeks of the war were lauded, particularly the capture of Damascus on 1 October 1918. 'I do congratulate you', wrote Chauvel’s former commander Lieutenant General Philip Chetwolde, 'on your ably conducted and historic ride…in this epoch making victory'.

Following the war Chauvel was made Knight Grand Cross of the Order of St Michael and St George. Other awards for his conduct during the hostilities included the Egyptian Order of the Nile (twice), the French Croix de Guerre and Mention in Despatches on ten occasions.

Returning to Australia in September 1919, Chauvel resumed his career with the permanent forces, was appointed inspector general and became an advisor to the government on the post war army. In June 1923, he was made chief of the general staff while continuing his role as inspector general.

Chauvel retired from the army as a general in 1930, although his involvement in veterans’ issues and with civic groups continued. Apart from enjoying a successful business career, Chauvel involved himself in Legacy, the Australian Red Cross, the Returned Sailors’ and Soldiers’ Imperial League of Australia and he led the Australian Services Contingent to England for the coronation of King George VI in 1937. During the Second World War, he was made Inspector in Chief of the newly formed Voluntary Defence Corps.

He died in Melbourne on 1 March 1945 and was accorded a state funeral. Leading the tributes, Prime Minister John Curtin said of Chauvel that he 'was one of the foremost military minds of his generation'.