Lee-Enfield No 5 Mk I Rifle 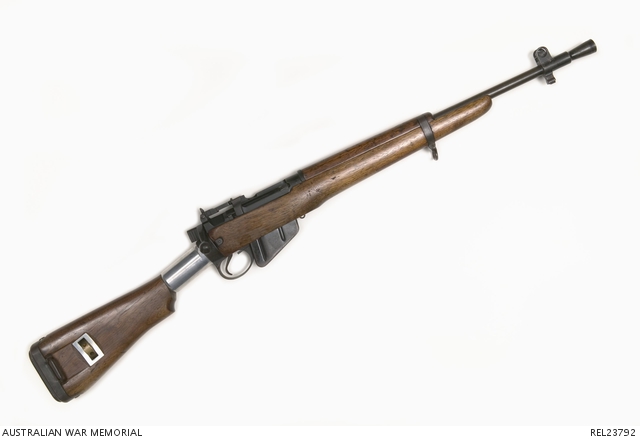 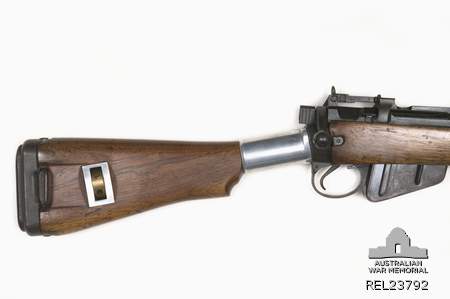 Lee-Enfield No 5 Mk 1 Rifle with a detachable butt. Receiver engraved No5MKIROF(F) over 9/45 R6365. The butt has an aluminium wrist and a brass turn bolt to detach it from the rifle. The foregrip has a repair to the wood behind the front sling swivel band.

In December 1943 the British Army believed there was a requirement for some lightened No 4 rifles with detachable butts for use by the airborne troops and twenty were manufactured. This particular No 5 rifle is believed to have been made to look like one of the 20 experimental models made on No 4 actions and is considered a replica.