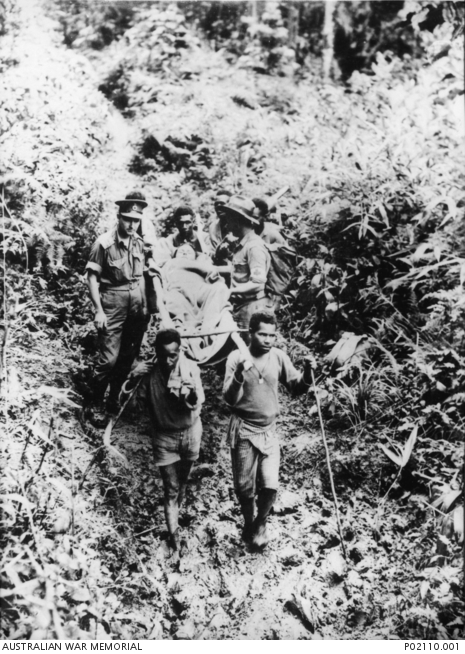 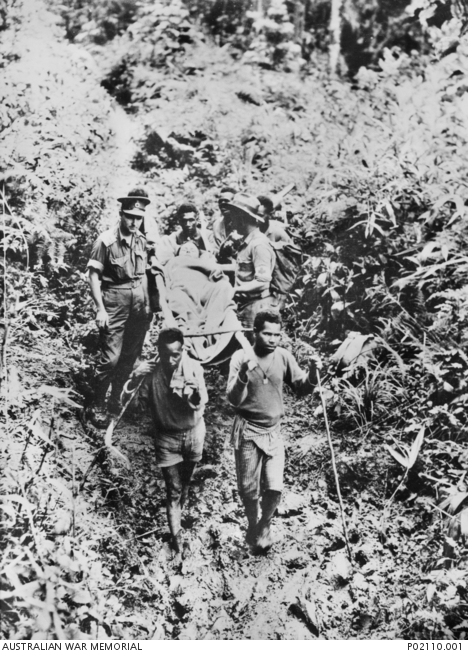 Near Wau, New Guinea. c.1943-03. Indigenous (native) New Guinea stretcher bearers (popularly known as fuzzy wuzzy angels) carry a wounded soldier from 2/7th Infantry Battalion, on a stretcher down a muddy track through the jungle to Wau. The 2nd Field Ambulance was situated at Wau. The Battalion had been attacking a Japanese stronghold between Wau and Mubo when the soldier was wounded. The stretcher bearers are escorted by John Nimmo (later Sir John) who was a searcher for the Red Cross, left, and Corporal Alf Bray, probably from the Australian Army Medical Corps (AAMC).