An informal group portrait of Company Commanders of 2/19th Battalion on reconnaissance near ... 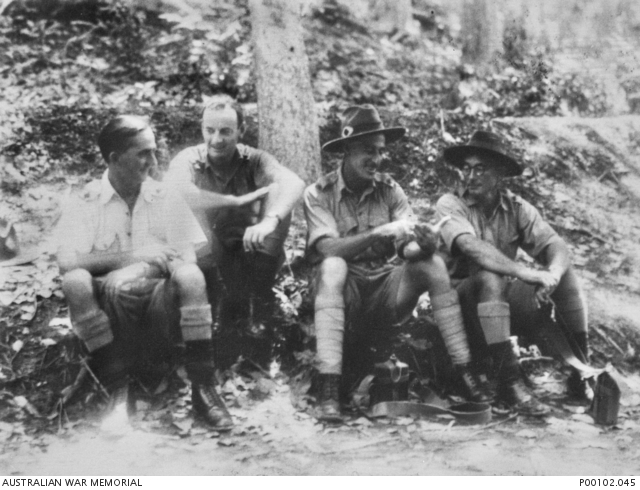