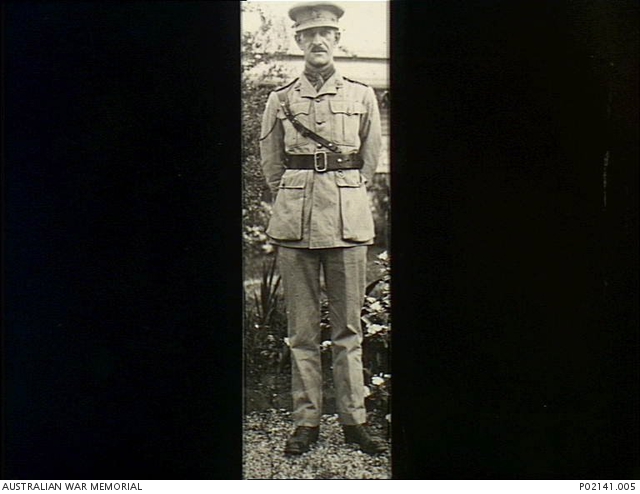 Brisbane, QLD (?). c. 1916. Portrait of Captain Eustace Royston B. Pike who served first with the 5th Light Horse Regiment in Gallipoli, Turkey, then with the 15th Battalion. In 1919 Pike became the General Secretary of the Queensland Ambulance Transport Brigade where he held office for thirty years until his death in September 1949. (Donor R. Pike)