The original joint grave of men of the 4th Australian Light Horse Regiment, who were all killed ... 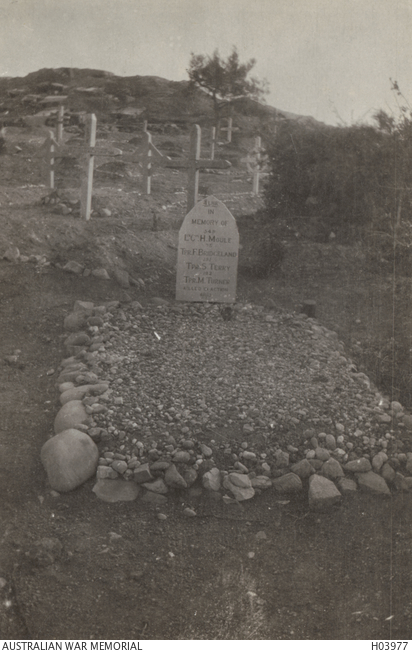