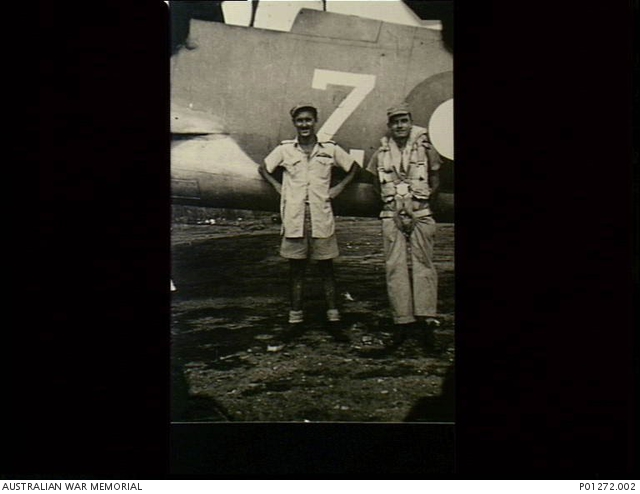 404733 Flying Officer (FO) John Robert Newman and 43192 FO William George Robert Binnie, a No. 30 Squadron RAAF Beaufighter crew, beside their aircraft at Vivigani airstrip, Papua. On 9 September 1943, Newman and Binnie with SX4550 Captain Thomas Ferguson Gill, (an army observer), were hit by Japanese anti-aircraft fire, and were forced to ditch off Palmalmal Plantation, New Britain while flying in Beaufighter A19-132. The three escaped into their dinghy and drifted for 2 two days. The dinghy was discovered beached on 11 September 1943, but none of the occupants were ever discovered. They have no known grave and are all are listed on the Rabaul Memorial in New Britain.