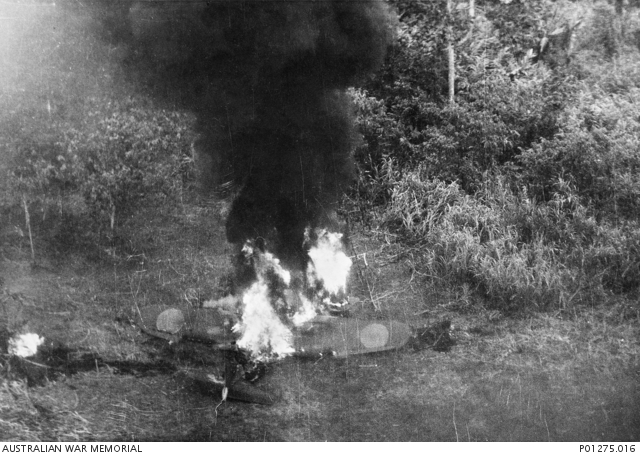 Lae, New Guinea. 1943-03-04. Black smoke and flames rise from a Japanese Zero fighter aircraft and a petrol tanker on fire after attack by Beaufighter aircraft of No. 30 Squadron RAAF. Allied ground attack aircraft made numerous sweeps of Japanese airfields in the days immediatly after the Battle of the Bismarck Sea to prevent Japanese air power from assisting the convoy (attacked 1943-03-03) from re-grouping and completing their attempt to re-supply the Buna area. (Donor F. Cassidy)