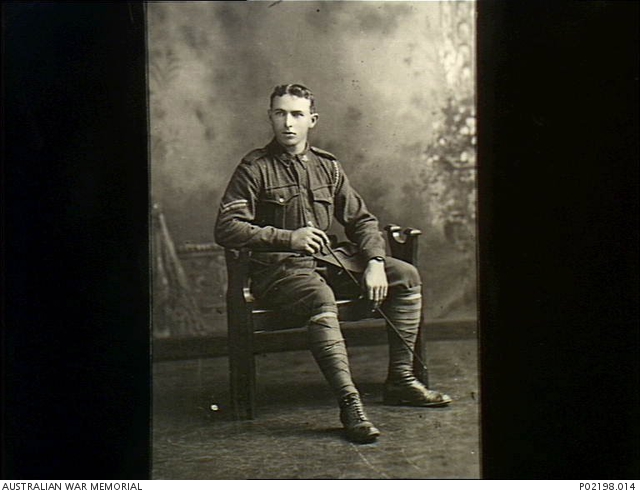 Studio portrait of 238 Sergeant (Sgt) Richard Thomas Pugh, 44th Battalion. A racehorse trainer from Queens Park, WA, Sgt Pugh was also currently serving as a member of the 38th Battery, Australian Field Artillery prior to enlistment. He embarked with the rank of Corporal with B Company from Fremantle on HMAT Suevic on 6 June 1916. Later promoted to Sergeant, he was twice wounded in action and returned to Australia on 12 December 1918. He went on to serve in the Second World War, also as a Sergeant, with the Naval Base Training Depot. See also P02198.013