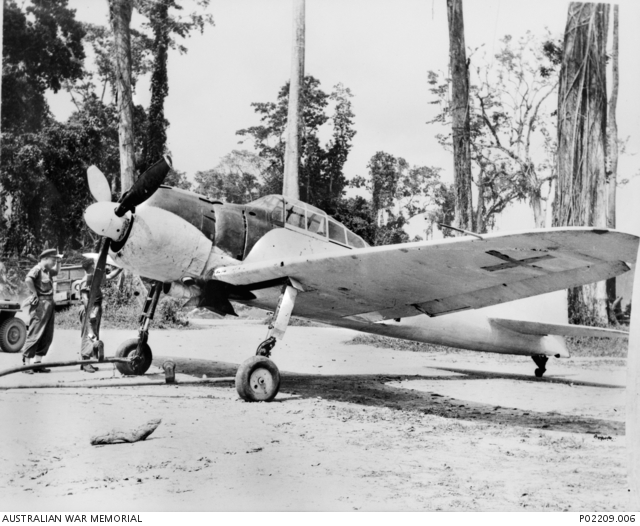 A Japanese A6M3 Model 22 Zero fighter aircraft of the Imperial Japanese Navy. This Zero, serial number 3844, was found intact by Allied forces at Kara airstrip near Buin after the surrender. On 15 September a Wirraway of 5 Squadron RAAF arrived with personnel to make an inspection. The aircraft was clearly airworthy, and had been repainted overall white with green crosses for identification as required under the surrender terms. Wing Commander William Kofoed RNZAF decided to ferry it to the RNZAF airstrip at Bougainville. The Zero remained there until mid-October, when it departed by ship for New Zealand. It is now in the collection of the Auckland War Memorial Museum, NZ.