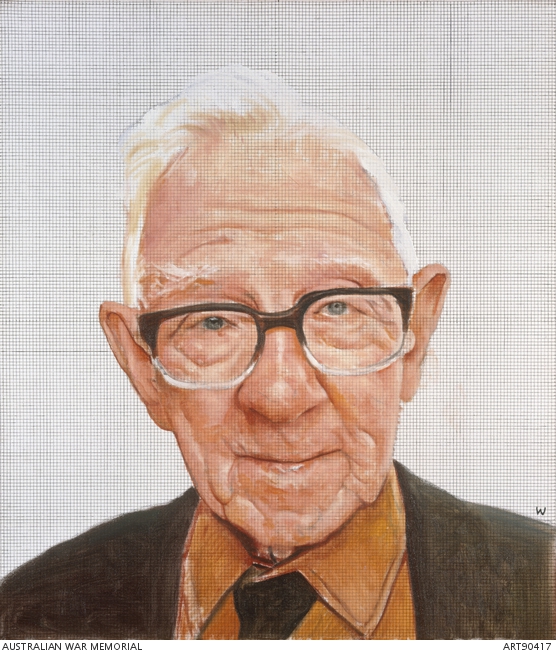 Len Hall put his age up to enlist in 1914, and was a bugler with the 10th Australian Light Horse brigade. He left of Egypt where he "learnt to ride a horse". After landing at Gallipoli, he was transferred to a machine gun crew and remained with the crew until the end of the war. He took part in the disastrous assault on the Nek, in which more than 400 out of the 600 attacking Anzacs were killed by the waiting Turkish troops. After being evacuated from Gallipoli, Hall served under General Harry Chauvel in the Middle East and took part in the charge of Beersheba. 1st Australian Depicts a portrait of 52 Lance Corporal Leonard Francis Hall, on pilgrimage for 75th anniversary of the Landing of Gallipoli.