Group portrait of members of No 31 Squadron RAAF assembled on and in front of one of the unit's ... 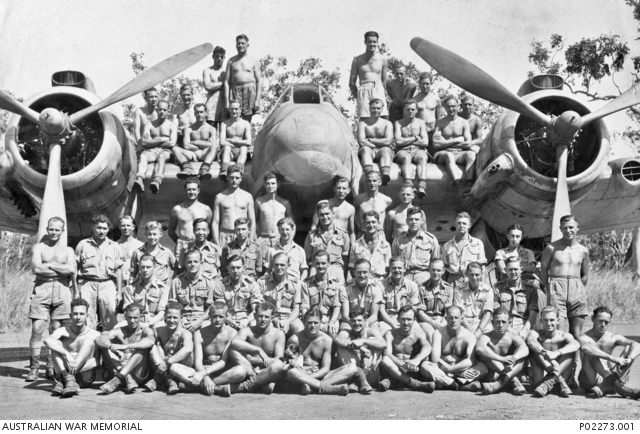