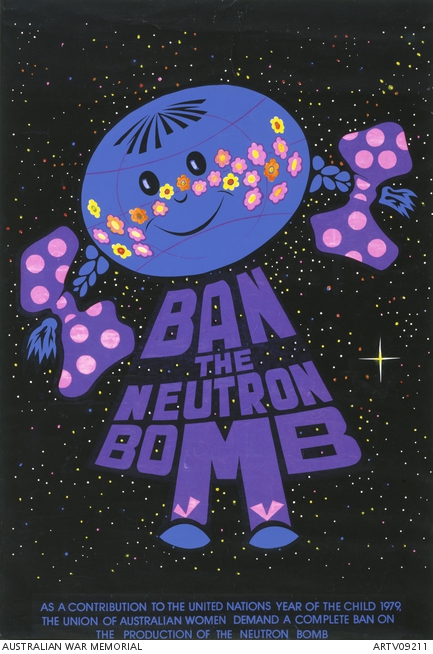 This poster was designed and printed for the Union of Australian Women. All stencils were handcut by Ralph Sawyer and then handscreened in four colours at the Waterside Worker's Union, 60 Sussex Street Sydney. The poster was distributed to many countries. It won a prize in Germany and used on the cover of a peace magazine. that went worldwide.