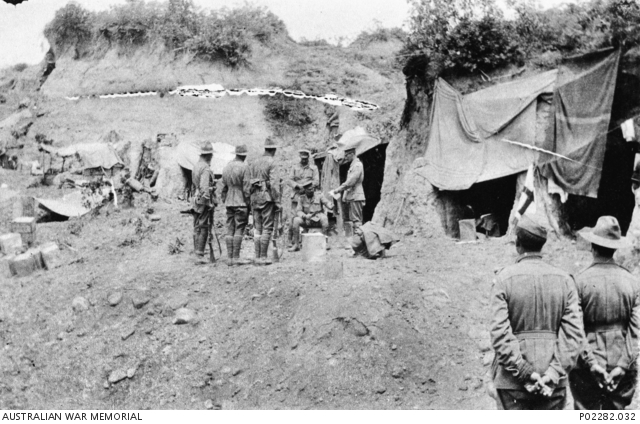 Gallipoli, Turkey, 1915. Seated near the entrance to a dugout, Major A.J. Bennett DSO, second-in-command of 3rd Battalion, conducts a court martial in the open. The accused man stands between two other soldiers who are standing to attention with rifles (centre, left). An officer standing next to Major Bennett is handing him a document, while another officer at rear may be recording proceedings in a pad or book. Another two soldiers stand at ease with their hands behind their backs (right) a short distance away from the court proceedings. They are probably witnesses waiting their turn to be called to give evidence.