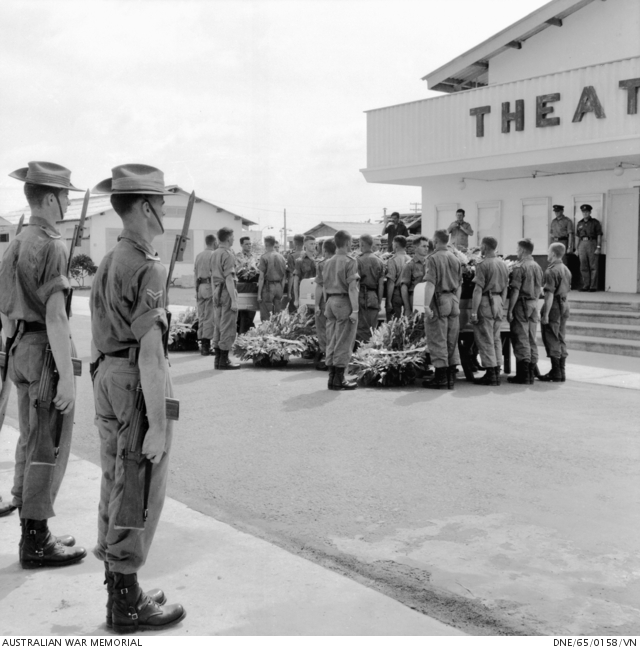 Pall bearers stand beside the three coffins of 37867 Private (Pte) Michael Alwyn Bourke, 37010 Pte William Thomas Carroll and Pte Arie Van Valen, all from 1st Battalion, The Royal Australian Regiment (1RAR), who were accidentally killed on 26 June 1965 in Bien Hoa. The service was held in front of the Chapel at Tan Son Nhut airbase, before the bodies were flown back to Australia. At the left are two of the members of 1RAR who formed the guard of honour. [ Privates Bourke and Carroll died on 26 June 1965. Pte Van Valen died of his wounds at the Saigon Naval Hospital on 29 June 1965.]