Outdoor group portrait of officers of the 10th Infantry Battalion using a wagon as a grandstand ... 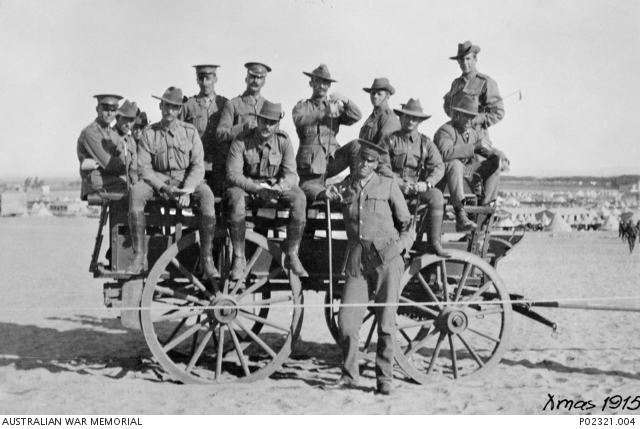