Four officers of the 10th Battalion standing in the light of an opening made for a firing ... 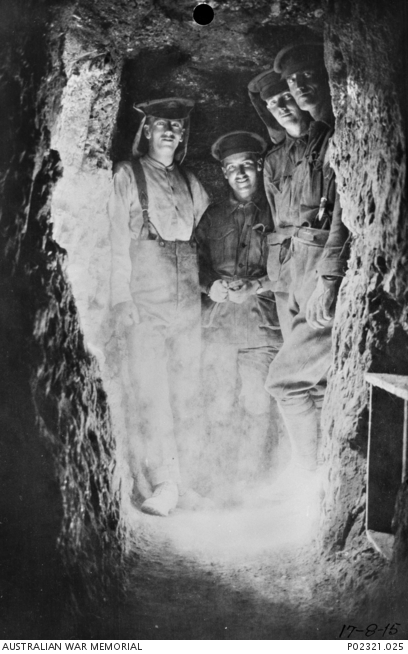