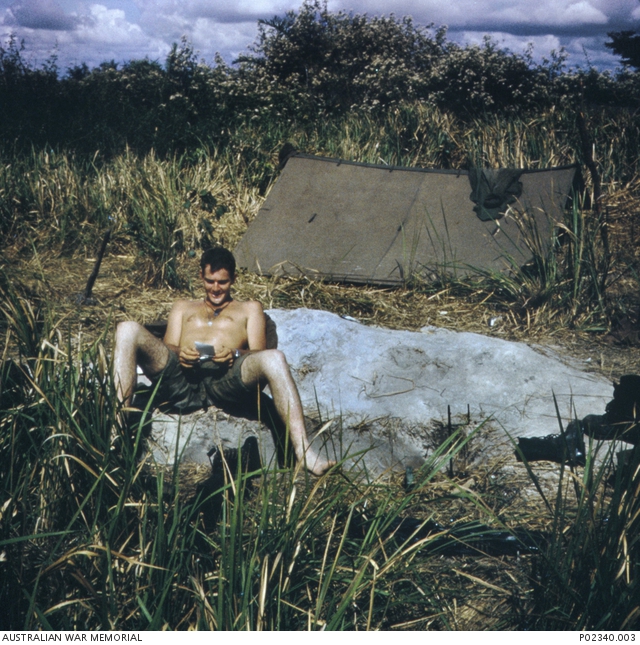 Phuoc Tuy province, Vietnam, c. 1966-12-31. Leaning back on a slab of solidified waste concrete, 2781944 Private (Pte) Peter R. Hart, a member of B Company, 6th Battalion, The Royal Australian Regiment (6RAR), reads a letter from home during a break in Operation Duck II near National Route 15, the highway running from Vung Tau to Saigon. Pte Hart's hoochie stands at rear. The battalion's role in the operation is to secure a section of the highway between Ba Ria and Phu My, with each company to patrol in depth through adjacent paddy fields to the Nui Dinh and Nui Thi Vai Hills. The aim of the operation is to protect the rice harvest and prevent Viet Cong (VC) attacks on convoys of newly-arrived reinforcements and supplies for the US 9th Division which are moving along the road from Vung Tau. Pte Hart, who was called up in the first draft of conscripts, later died of wounds on 1967-03-29, aged 22.