Formal portrait of Damien Parer, official military photographer and cameraman with the Department ... 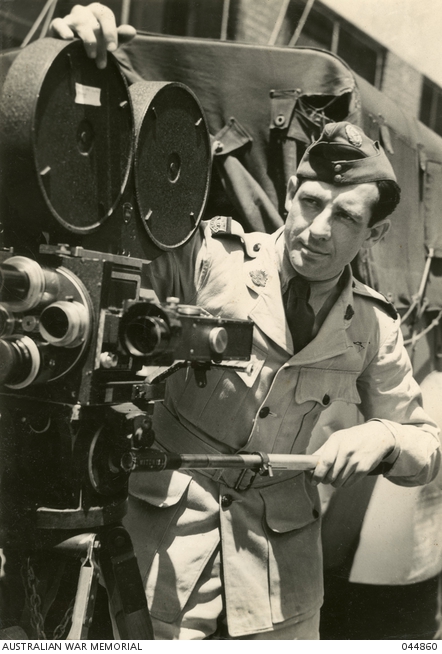 Formal portrait of Damien Parer, official military photographer and cameraman with the Department of Information Film Unit, with a Mitchell 35mm motion picture camera. He is standing at the back of an Army truck parked beside a building. Parer served in the Middle East, Greece and the South-West Pacific from 1940 until his resignation in August 1943 to join the staff of Paramount Pictures Film Services. He was killed on Peleliu Island on 17 September 1944 while filming front line operations with the US Marine Corps.