A memorial to gunners of the 4th Field Regiment, Royal Australian Artillery (RAA), who were ... 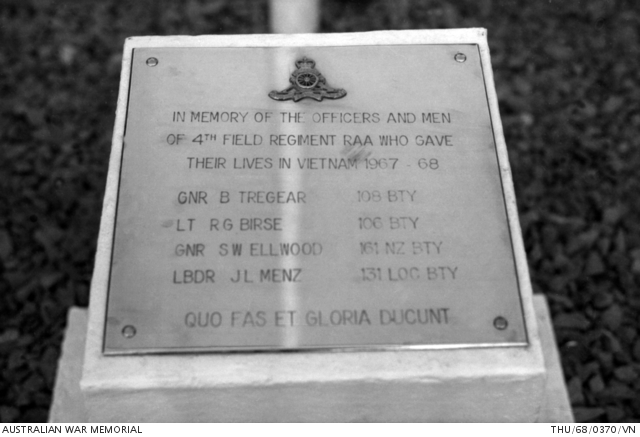