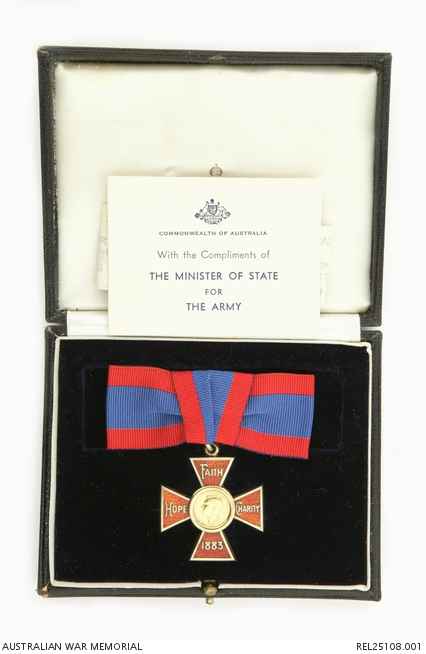 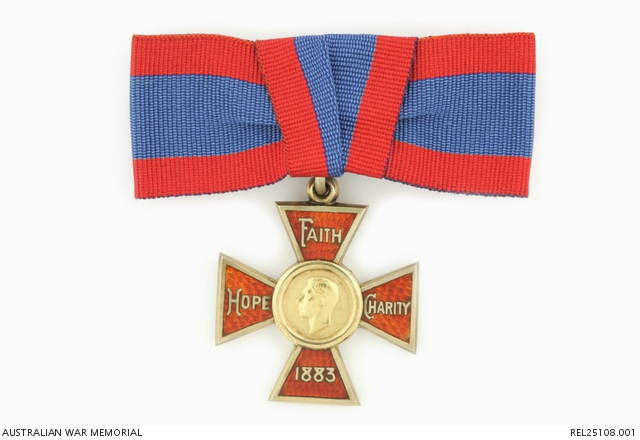 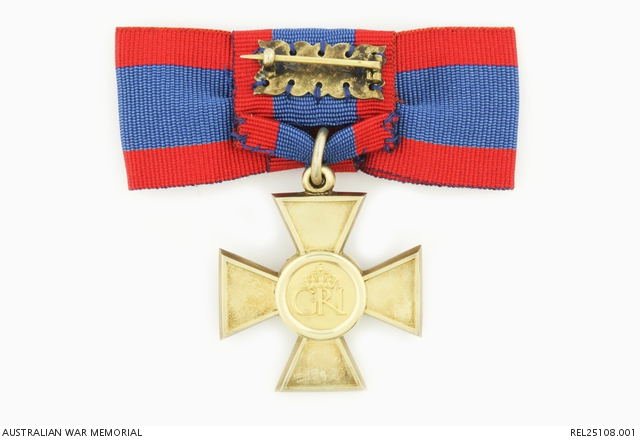 VFX38812 Matron Olive Dorothy Paschke enlisted 3 September 1940 in the Australian Army Nursing Service, serving in 2/10 Australian General Hospital in Singapore. She was missing presumed drowned on 14 February 1942 after being evacuated from Singapore aboard the SS Vyner Brooke which was bombed and sunk by the Japanese while passing southward through Banka Strait. A raft containing Matron Paschke, a number of nursing sisters and two children was lost at sea. She was awarded the Royal Red Cross (First Class) on 7 October 1941. The citation reads as follows 'Matron Paschke has, by her enthusiasm and by her unfailing attention to duty given exceptionally good service to the AIF in MALAYA. On the arrival of the first contingent of troops, a large number of causes of sickness had to be handled. She, with her nursing staff, facilitated the establishment of a hospital and provided the necessary comfort for the patients. Her work was well above the average in its efficiency. Her unflagging zeal and cheerfulness and long hours of duty have been an inspiration to the nursing staff and have been particularly valuable under the difficult conditions of the tropics'.