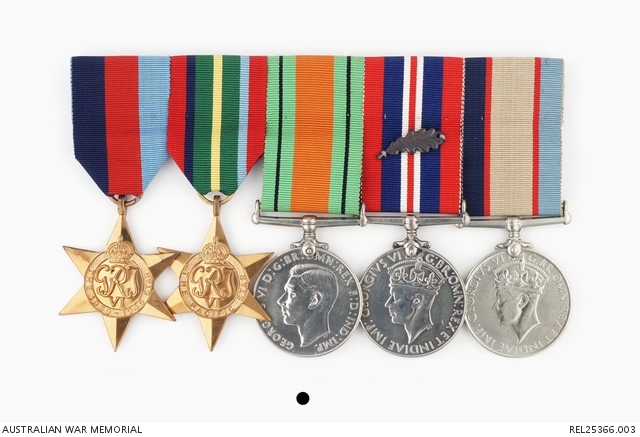 Awarded to VX11509 Captain William Thomas White, who served from 10 April 1940 to 19 November 1945 in the Middle East and New Guinea. He was on the staff of Headquarters New Guinea Force. White was mentioned in despatches in the London Gazette of 30 June 1942 'in recognition of gallant and distinguished services in the Middle East during the period July 1941 to October 1941.'.