Cairo, Egypt. December 1915. A civilian woman presents a Christmas billy to a soldier while ... 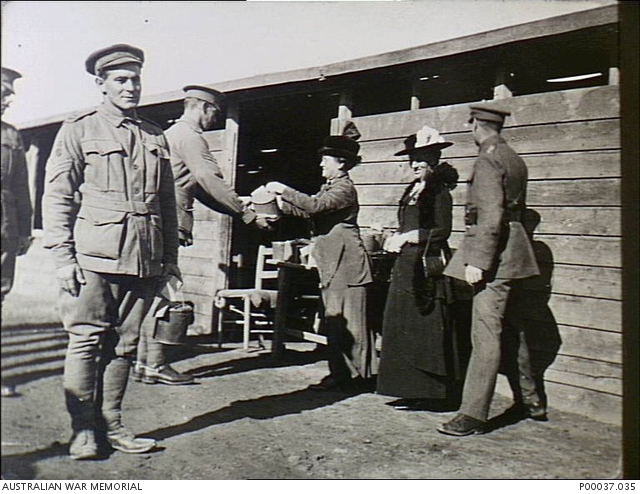 Cairo, Egypt. December 1915. A civilian woman presents a Christmas billy to a soldier while watched by another woman and an officer. A soldier in the foreground wearing staff sergeant and wheeler/cartwright arm badges prepares to move away carrying his billy and a another gift in a small box. The billies were distributed by the Australian Comforts Fund. The original caption, by 8932 Driver Jack (John) O. McKenzie, 20th Australian Army Service Corps (AASC), reads `Every one was delighted to get one. The one I received was from two Melbourne girls. They distributed over five thousand in our camp & as far as I know every soldier in Egypt got one.'