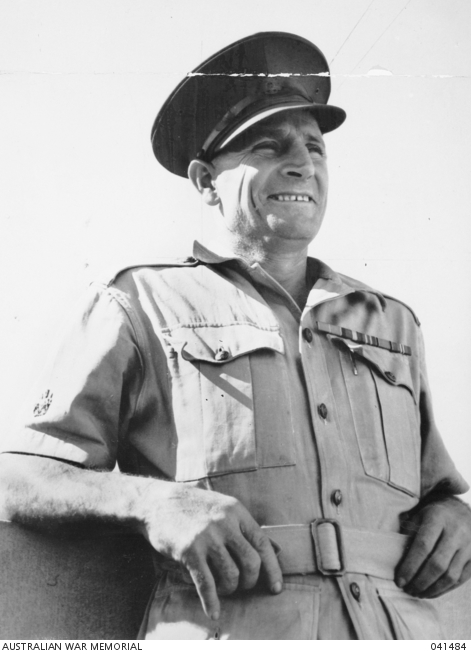 Portrait of QX9538 Warrant Officer Class 1 William Hector Sticpewich, MBE, of Newcastle, NSW. WO1 Sticpewich served with the 8th Division Army Service Corps and was taken prisoner of war (POW) in Malaya, subsequently being imprisoned at Sandakan, North Borneo. He was one of only six survivors from 1100 prisoners forced to undertake the infamous death marches from Sandakan to Ranau which began on 28 January 1945. WO1 Sticpewich escaped from Ranau with VX48478 Driver Herman Reither, 4th Reserve Motor Transport Company, from Ballarat, Vic, who died of dysentery in the jungle on 8 August 1945.