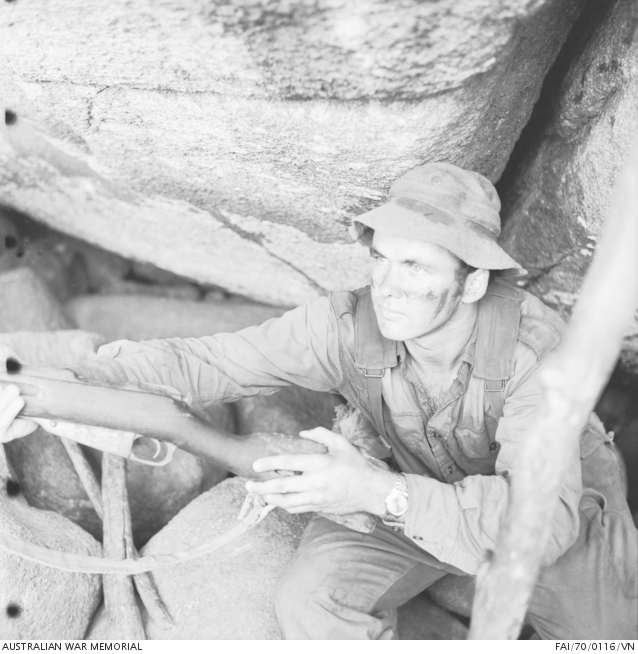 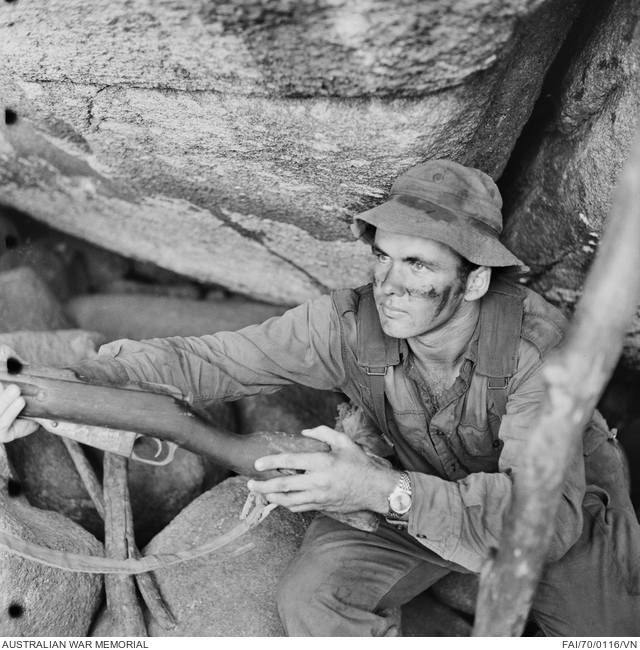 Phuoc Tuy Province, South Vietnam. 18 February 1970. Private (Pte) Darrell Hook of Redcliffe, Qld, passes out a Mosin-Nagant Carbine rifle from enemy weapons cache in a cave in the Long Hai mountains during Operation Hammersley. Pte Hook, a member of C Company, 8th Battalion, The Royal Australian Regiment (8RAR), spotted the cave and suspected cache site during a sweep of the mountains by the Australians. A few days before, the Company had clashed with an estimated company of hard-core Viet Cong. The Australians withdrew and called in air and artillery support. This was stepped up to a three day bombardment of the Long Hai mountains culminating in a raid by the giant B52 bomber aircraft. C Company supported by armour, then swept back through the mountains searching for caches uncovered by the bombing.