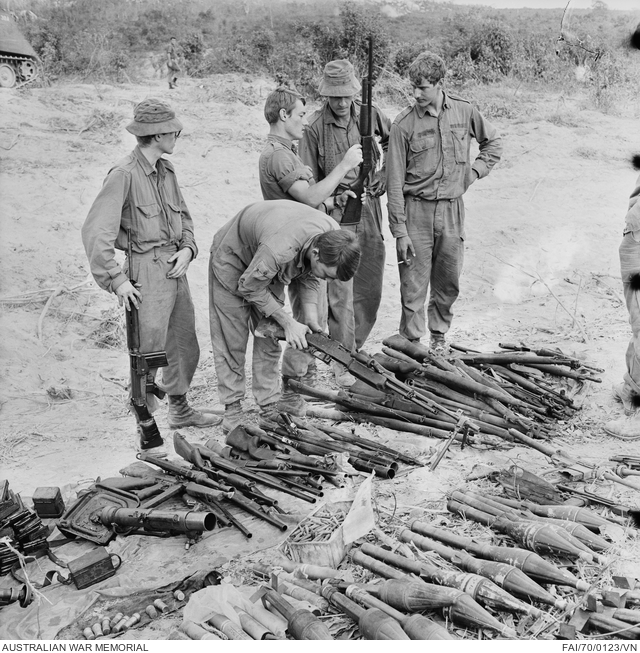 Phuoc Tuy Province, South Vietnam. c. 9 March 1970. Private (Pte) Crabb, Corporal Burton and Pte Onrust examine a captured 12 gauge shot gun while Pte Marrow looks on; Pte Gillis is bent over examining a Browning Automatic rifle, the result of a sweep through the rugged Long Hai mountains during Operation Hammersley. The enemy weapons found by 8th Battalion, The Royal Australian Regiment (8RAR), which, supported by armour, artillery, air strikes and gun-fire, hounded a hard-core Viet Cong (VC) company throughout the area, for over two weeks. Most of the weapons came from caches in caves but some were uncovered by the incessant bombing and shelling of the mountains. To date over forty enemy have been killed in the operation.