Ingleburn, NSW. 23 February 1967. An escort of one officer and fifty soldiers from the Infantry ... 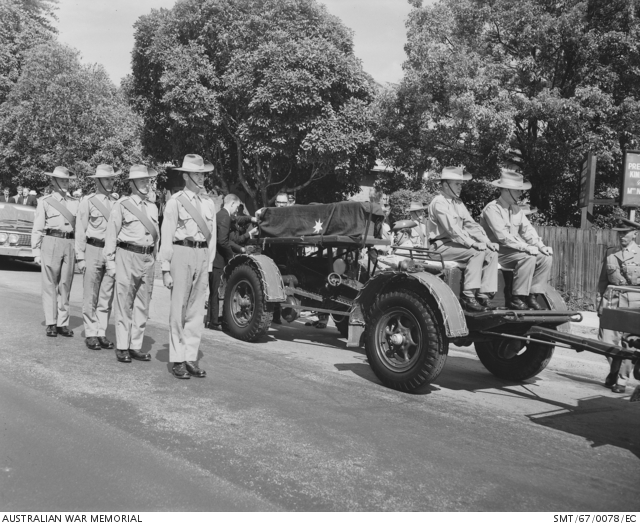 Ingleburn, NSW. 23 February 1967. An escort of one officer and fifty soldiers from the Infantry Centre, Ingleburn, a firing party, the Eastern Command Band, a bearer party and police motor cycle escorts, took part in the military funeral of the late Captain Robert Bruce Milligan, 30, of the 5th Battalion, The Royal Australian Regiment (5RAR), at the Chatswood Methodist Church, on 23 February, 1967. The flag covered coffin rests on a gun carriage. Captain Milligan was killed in a booby trap explosion at An Nhut. Another Australian officer, Major Don Bourne, and a New Zealand Army Officer were also killed, and five other soldiers were wounded.