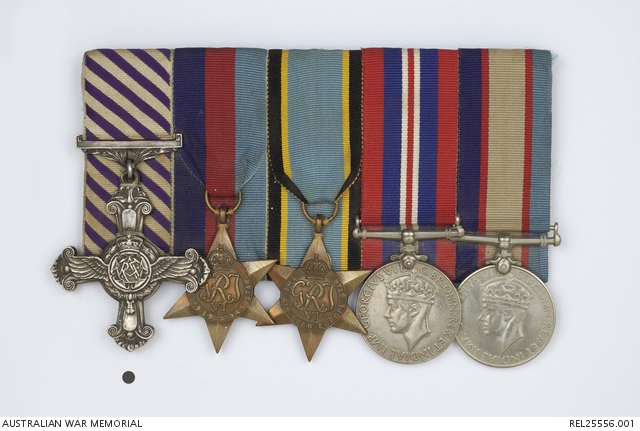 Awarded to 420953 Flying Officer Martin France Manning, 466 Squadron RAAF. Manning was born in Sydney in 1919 and was a chartered accountant when he enlisted in December 1941. He qualified as an Air Observer, Bomb Aimer, Air Gunner and Astro Navigator during his RAAF service. He served in Wellington and Halifax bombers flying missions over Europe. By the time he was awarded his Distinguished Flying Cross (DFC), in June 1944, he had flown 239 operational hours, including 28 night missions, over heavily defended targets in Germany such as Essen, Duisberg, Berlin, Schweinfurt Leipzig and Hamburg. The citation for the DFC reads: 'Flying Officer Manning has completed many operational sorties against the enemy in which he has displayed high skill, fortitude and devotion to duty'.