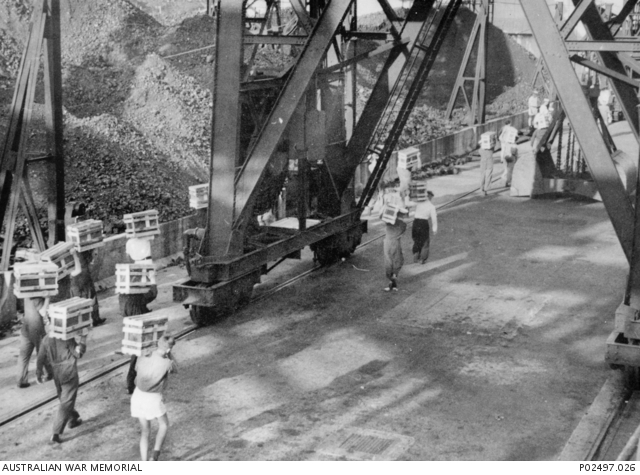 Kepper Harbour, Singapore. 2 February 1942. Men of HMAS Hobart returning electric sewing machines in wooden crates that they had found in a godown (storage shed where incoming merchant goods were stored after unloading), just before the fall of Singapore. Approximately fifty sailors were placed under guard on the quarterdeck by the gunnery officer before Captain H. Howden returned to the ship from the dockyard and ordered the sailors to return the machines to the godown. However, some machines were brought back to the ship with a lot of other selected material. The Captain returned to the ship with a car and the dockyard crest, both of which were shipped back to Australia. (Donor M. Williams)