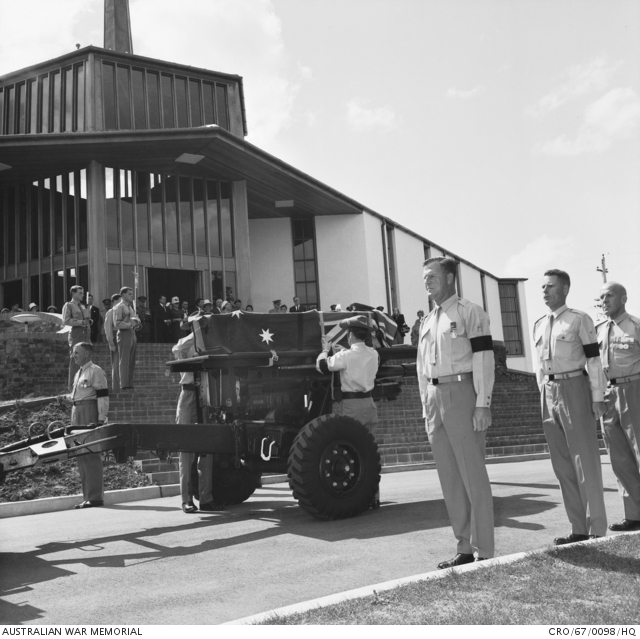 Soldiers attending the funeral of 23916 Major (Maj) Donald Mackenzie Bourne, Officer Commanding C Company, 5th Battalion, The Royal Australian Regiment (5RAR), securing the flag covered coffin to the gun carriage prior to moving off to Canberra Cemetery for the burial service. Maj Bourne, of Watson, ACT, was killed by an exploding Viet Cong booby trap in Vietnam on 14 February 1967. Another Australian officer, 29635 Captain Robert Bruce Milligan, and a New Zealand Army Officer were also killed, and five other soldiers were wounded. The funeral was preceded by a Requiem Mass at the Roman Catholic section of the Anzac Memorial Chapel, attended by soldiers from both Army Headquarters in Canberra, and the Royal Military College, Duntroon. A firing party and escort was provided by members of 1st Field Regiment, RAA, and music was provided by the band of the Royal Military College. Maj Bourne was the most senior Australian officer to have been killed during the Vietnam war.