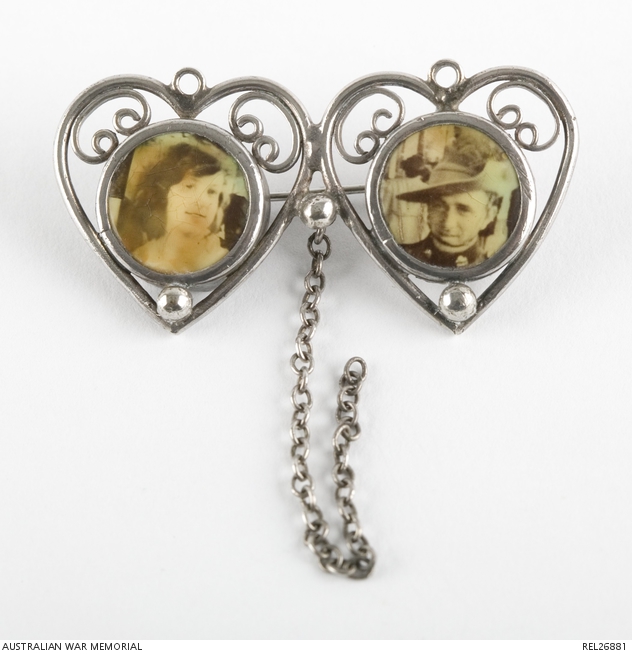 Silver wire brooch with pin back fastening and safety chain. The brooch takes the form of two love hearts with decorative scrolls. In the centre of each heart is a photograph, the picture on the right shows Phyllis Hay, that on the left Gordon Malligan.

This sweetheart brooch was worn by Phyllis Joyce Malligan, nee Hay. Phyllis, a Tasmanian born in March 1923, joined the Australian Womens Army Corps on 8 September 1942 as a Sapper. She was trained in signals at Bonegilla in Victoria and also served as a driver with 13 Maintenence Platoon, Royal Australian Engineers. On 26 February 1944 she married NX24153 Sergeant Gordon Malligan who was at that time serving with 1 Australian Corps School of Signals. He was born in Annandale, New South Wales in July 1919 and enlisted in the army on 29 May 1940. Phyllis was discharged from the army on 30 November 1944 and Gordon on 12 October 1945.