Collection relating to the service of 432886 Edward Philip Telford Simpson 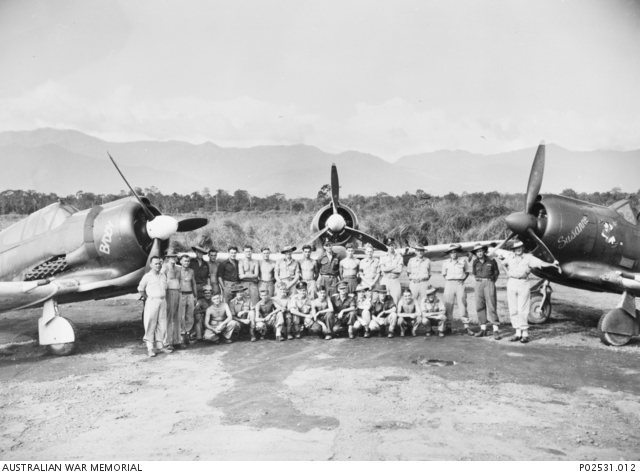 Group portrait of members of B Flight, No. 4 (Tactical Reconnaissance) Squadron RAAF standing on Nadzab strip in front of three Boomerang aircraft. The aircraft on the left is named `Biddy', and the one on the right is named `Susanne'. Note the nose art; a cartoon of a serviceman sitting on a pin painted on the aircraft named `Susanne'.