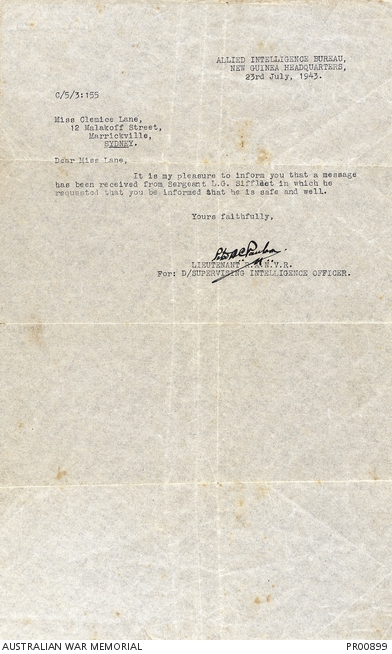 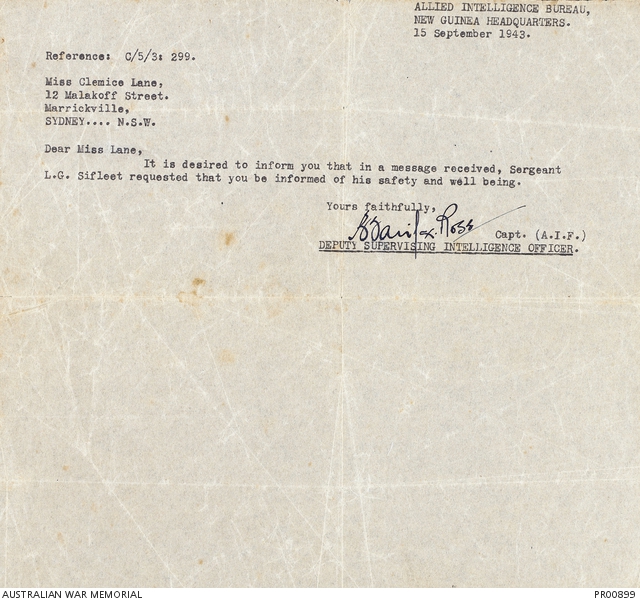 Collection relating to the Second World War service of NX143314 Sergeant Leonard George Siffleet. Collection consists of two letters sent by Allied Intelligence Bureau (AIB), New Guinea Headquarters, to Miss Clarice Lane, dated 23 July 1943 and 15 September 1943. They inform her that messages have been received from her fiance, Sergeant Len Siffleet, requesting that she be assured he was safe and well. The letters are incorrectly addressed to Miss Clemice Lane. Soon after the letters were written, on 24 October 1943, Sergeant Siffleet was beheaded by order of the Japanese Vice Admiral in command of the Japanese fleet at Aitape. He was executed for his role, as a wireless operator, in a commando operation in Japanese occupied New Guinea, while serving with the AIB's M Special Unit. A photograph of his execution became a famous wartime image after it was published in `Life' magazine and is in the AWM Photograph Collection.