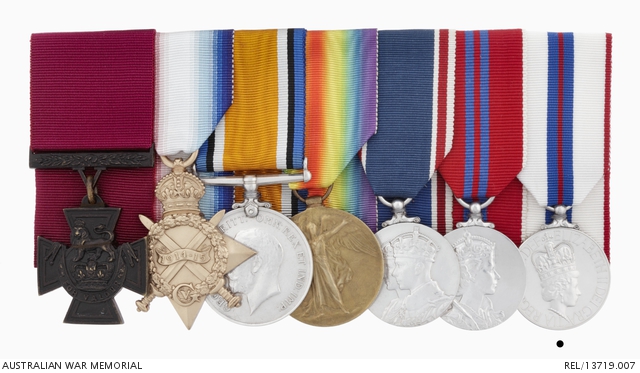 Rupert Theo Vance 'Mick' Moon was born to Arthur Moon and Helen Dunning at Bacchus Marsh, Victoria on 18 August 1892 and his early years were spent around Maffra, Yarrawonga, Swan Hill, Dimboola and Kyneton. Educated at the Kyneton Grammar School, 16 year old Moon followed his father into a career with the National Bank.

Working as a clerk in the Melbourne branch of the bank, Moon enlisted in the AIF as a trumpeter, , with the 4th Light Horse Regiment on 21 August 1914, less than three weeks after the beginning of the First World War. He had previous military experience with the 13th Light Horse and the 8th Infantry Regiment militia units.

Embarking on HMAT 'Wiltshire' at Melbourne on 19 October, Moon's squadron arrived on Gallipoli as unmounted infantry on 21 May 1915. He served throughout the remainder of the Gallipoli campaign with a promotion to lance corporal on 23 November. The battalion was withdrawn to Egypt following the evacuation of the peninsula on 11 December. In March 1916, Moon was promoted to sergeant.

Arriving in France in June 1916, he was briefly seconded to the 2nd Anzac Mounted Regiment before being commissioned second lieutenant and transferred to 58 Battalion on 9 September. Promoted to lieutenant in April 1917, Moon participated in the Second Battle of Bullecourt the following month. It was for his actions during the latter stages of this operation that he was awarded the Victoria Cross.

Wounded in the face, jaw, foot and shoulder during the fighting, Moon was evacuated to England and underwent corrective surgery on his jaw. In January 1918, he was invalided back to Australia to convalesce. By late August Moon had rejoined his unit in France for the final months of the war. Before returning to Australia in August 1919, he was granted the rank of honorary captain. His appointment with the AIF was terminated on 4 October. In 1920 he underwent further surgery to remove a piece of bone from his tongue, presumably as a result of his actions at Bullecourt.

Moon experienced difficulty re-adjusting to civilian life. He resumed his banking career but resigned in December 1919. He spent two years in Malaysia as an assistant manager on a rubber plantation before returning to work as a jackeroo and bookkeeper on a property near Corowa. In 1928, after another stint with the bank, he obtained a position as livestock manager with the firm of Dennys Lascelles at Geelong, retiring as its general manager in 1959. He also held directorships in station and insurance companies.

He had married Susan Alison May 'Sam' Vincent on 18 December 1931 and served again during the Second World War with the Volunteer Defence Corps. His main hobby was horse racing and at one time co-owned a horse with Victoria Cross winner and racing enthusiast, William Dunstan.

Ninety three year old Moon died at Bellarine Private Hospital on 28 February 1986 and was buried at Mt Duneed Cemetery. In 2007 the Rupert Vance Moon Reserve was dedicated in his honour at Bacchus Marsh.