RAN Helicopter Flight Vietnam (RANHFV) has been integrated into the US Army 135th Assault ... 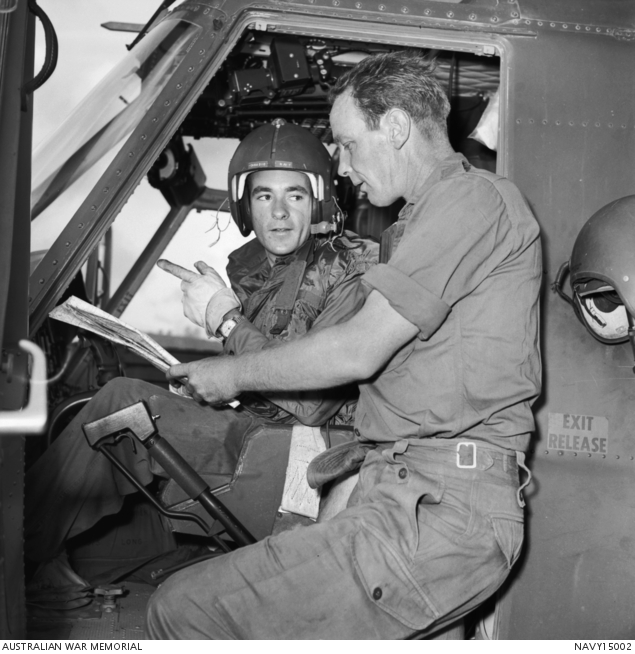 RAN Helicopter Flight Vietnam (RANHFV) has been integrated into the US Army 135th Assault Helicopter Company at Vung Tau, South Vietnam. RAN personnel comprise 20 percent of the US unit, the only one in the country at this time. The primary mission is the support of the Australian Task Force Vietnam. The unit was completely formed with their equipment in 17 October 1967, and flew their first mission on 3 November 1967. Here Lieutenant (Lt) Anthony Austin Casadio (left), performs a pre-flight check on his Iroquois helicopter with R45552 Leading Airman Weapons (LAMW) Arthur Thomas Burton assisting. Lt Casadio was later killed in action in Vietnam on 21 August 1968.