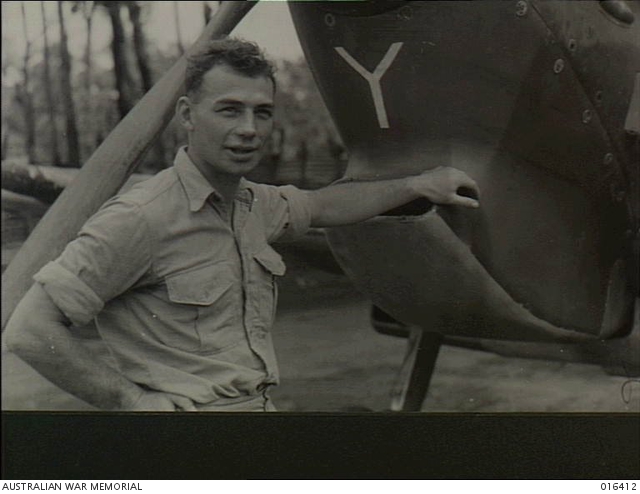 Standing next to the aircraft propeller, Flying Officer J. H. Smithson, age 25, of Oakleigh, Vic, a Darwin based Spitfire pilot, who has just been awarded the DFC, a climax to outstanding performances against the Japanese. While on night patrol in the Darwin area on 11 October 1943, he chased a formation of Japanese bomber aircraft, shooting down two.