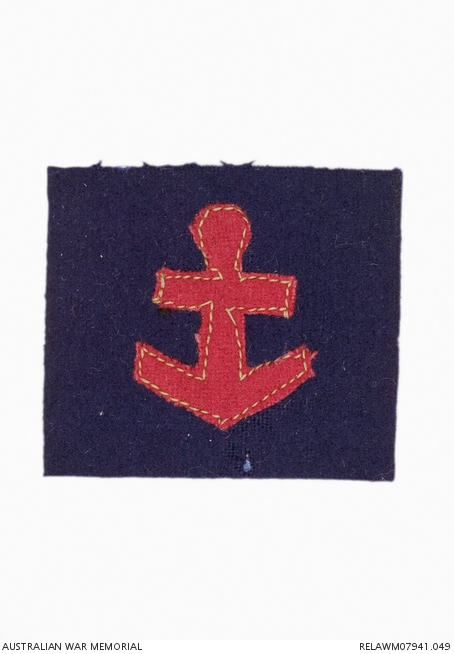 Worn as a distinguishing unit indication at the head of each sleeve from 1916 to 1917. The design of the anchor on this patch differs from the official description of a dreadnought anchor (stockless, with a heavy base and flukes rising up from the base) and shows an anchor with a stock (the upper cross bar) and no base. The illustration of the anchor in Volume III of the Official History of Australia in the War of 1914-1918, is different again, and is based on the recollection of the officer commanding the RANBT, Lieutenant Commander Bracegirdle, shows a stockless anchor without the heavy base.