France. October 1919. Rugged up against the freezing conditions probably in Sermaize les Bains, ... 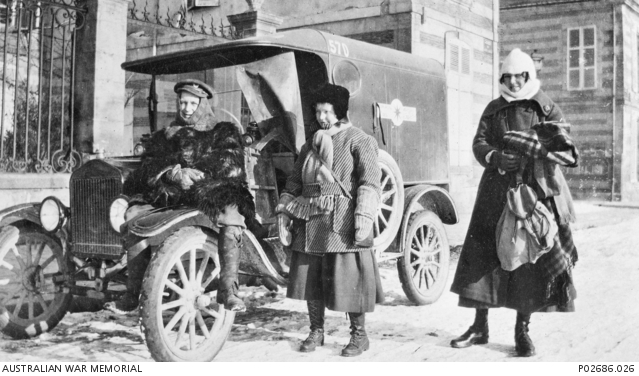 France. October 1919. Rugged up against the freezing conditions probably in Sermaize les Bains, are an informal group of workers from the Society of Friends (Quakers). They are, Charles Francis (Frank) Fryer, an Australian, was the ambulance driver, and two assistants, Misses Waley and Walten, with a 1918 Ford model T ambulance 57D, one of the Friends Ambulance Unit vehicles. The star on the side of the ambulance is red and black, the symbol of the Friends. Mr Fryer has a similar badge on his cap. (Donor B. Holt)