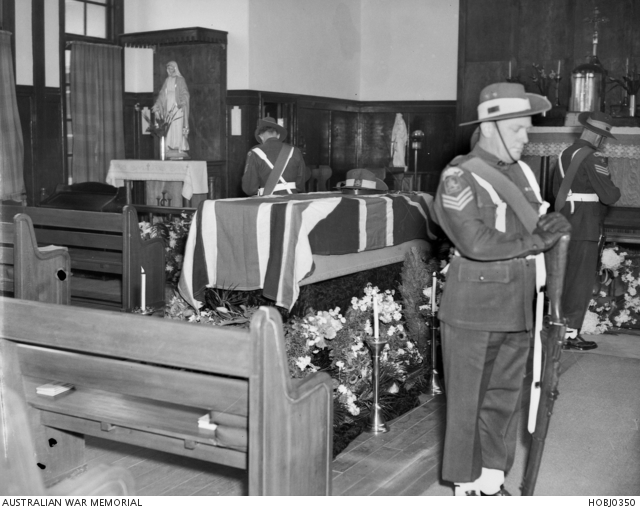 The funeral of VX112288 Major (Maj) J R Fitzgerald, from the British Commonwealth Occupation Force (BCOF) Headquarters, in the Sacred Heart Chapel, Kure. Four unidentified Australian Sergeants (Sgts) (one unsighted), guard the casket which is draped with the Union Jack. The serviceman's slouch hat (with BCOF colour patch), and belt are lying on top of the coffin. The Sergeants are in dress uniform and standing at attention with their heads bowed and the muzzles of their rifles resting on the toes of their boots. Wreaths and floral tributes surround the casket. Carnations and clippings from fir trees can be seen among the flowers.