"New South Wales Contingent. Soudan Campaign. 1885". A photograph montage of portraits of some of ... 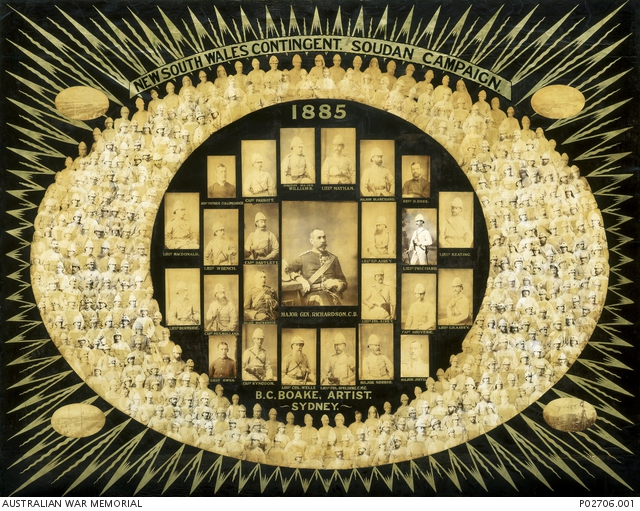