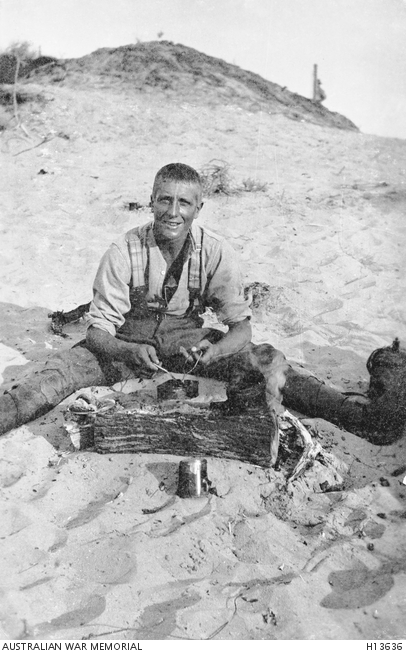 Informal portrait of 233 Corporal (Cpl) Alwynne Stanley Bowker, 8th Light Horse Regiment, of Camperdown, Vic. A farmer prior to enlistment, Cpl Bowker embarked from Melbourne on HMAT Star of Victoria on 25th February 1915. He was killed in action on 7th August 1915 during the charge at The Nek, Gallipoli and is commemorated on the Lone Pine Memorial. His cousin 236 Sergeant (Sgt) William Charles Bowker of the 13th Battalion was also killed on the Gallipoli Peninsula.